The Overseas Filipino Bank (OFBank), a state-owned bank and a subsidiary of Land Bank of the Philippines, is planning to become a fully branchless, digital lender by mid-2020.

Land Bank president and CEO Cecilia C. Borromeo said she expects to “have that digital bank up and running by June 2020.”

Borromeo said the IT system of Landbank will be tweaked to serve as the primary platform of OFBank’s digital banking infrastructure.

“The IT platform of Landbank is robust and it can handle [the OFBank system], we just need to tweak it and the digital bank will be treated like a branch of Landbank so it will not entail a huge investment,” Borromeo said.

The Philippines’ finance secretary Carlos G. Dominguez III told reporters in August that considering that the OFBank will be targeted at overseas Filipino workers, which are now more than ten million around the world, it just makes sense for the OFBank to become a digital bank.

“If you’re going to go to the traditional way of doing banking, like setting up a branch, getting permission from the different countries to set up a branch, it’s going to take you forever,” Dominguez said. “It is better to spend time on doing it digitally, and that’s easier to reach all your potential customers.”

By going full digital, Dominguez said he hopes the OFBank to “leap-frog every other banking institution in this country.”

Once established, all Filipinos who work abroad will be given a bank account with the OFBank when they register with the Overseas Workers Welfare Administration and the Philippine Overseas Employment Agency (POEA), Dominguez said.

There are also plans to introduce a mobile payment technology for overseas Filipinos who regularly remit money to the Philippines, as well as a special loan program for Filipinos planning to return to their homeland to help them start businesses or build their homes.

The government has said it will pursue regulatory approvals to operate the OFBank in foreign countries where there are many Filipinos. 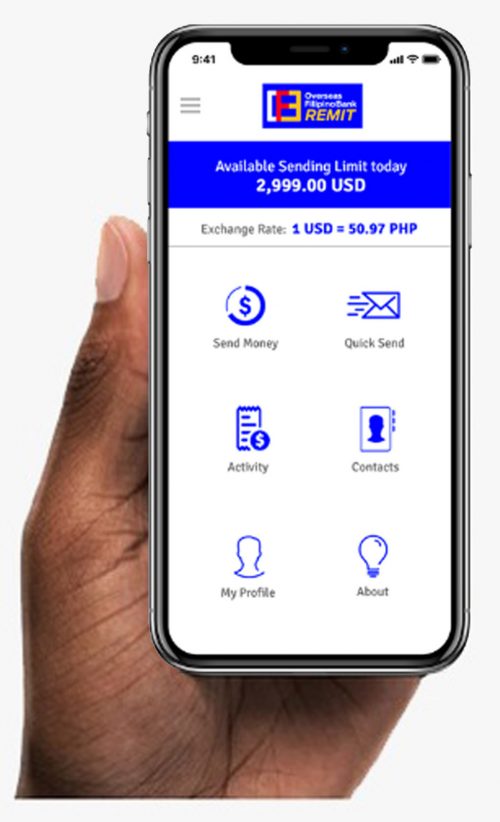 In parallel to settling up the branchless, digital bank, Borromeo said the lender has also been working together with the BSP to daft the regulations that would govern the OFBank.

The OFBank was launched in January 2018, four months after Philippines’ president Rodrigo Duterte issued Executive Order 44, instructing the Philippine Postal Corp. and the Bureau of the Treasury to transfer their Postalbank shares to Landbank at zero value.

In compliance with the executive order, the Postalbank was converted into the OFBank, which will be a “policy bank dedicated to provide financial products and services tailored to the requirements of overseas Filipinos.”

The OF Bank’s move to become fully branchless and digital comes at a time when an increasing number of financial institutions in the Philippines are embracing digital.

UnionBank has introduced initiatives such as The Ark, which it claims to be the country’s first fully digital bank branch, as well as the EON or selfie banking, to improve speed, convenience and user experience.