Robocash Group opened a US$5 million pre-IPO funding round to finance the launch of its digital bank in Philippines called Una Bank by September 2020. This move is in preparation for an initial public offering (IPO) on the Australian Stock Exchange (ASX) in December 2020.

This move to launch a digital bank in the Philippines is despite the fact that the Philippines Securities Commission revoked Robocash’s license for operating several branches of its lending business without the requisite Certificate of Authority (CA). They admitted to doing so and claimed that they did not maliciously violate the regulations by opening up the branches.

The Securities and Exchange Commission of the Philippines said it “found no merit in the company’s defense” and further added they found it “appalling that despite being aware of the requirement of the law” Robocash “knowingly and willingly committed repeated violations”.

To start activities by September 2020, the group is now raising US$5 million to be used as regulatory capital for a Philippine banking license. Later, in December 2020, the round will be followed by an IPO on the ASX.

Expecting to attract US$70 million during the float, the company will use the proceeds to support the further development of the online bank and accelerate expansion on the existing and new markets in Asia. For a financial services business, such raising would imply the post-money market capitalisation of over US$340 million.

At the same time, taking risks associated with the launch of the new product, the management is sure in the group’s financial stability. Thus, providing 3.5 million loans worth US$303 million in 2019, the combined group revenue in the same financial year amounted to US$223.6 million. It was an 86% increase year over year. The target this year is to hit US$197.7 million by issuing 4.2 million loans by the end of 2020.

The company expects that technologies and procedures improved during the Covid-19 outbreak will allow it to continue growing the net profit after tax up from US$17.3 million in 2019 to US$28.4 million in 2020. 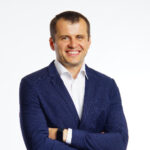 “Focused on micro consumer lending for the underbanked since the inception in 2013, our team has seen the gap in the range and quality of services available for this segment. Moreover, it seems rather odd that people who are tech fluent and use digital solutions regularly remain underserved by traditional financial institutions. For instance, 95% out of two-thirds of Filipinos with access to the Internet use smartphones for that purpose. However, only 37% use banking apps. We are willing to change it and aim at delivering premium financial services to these markets. We expect to have 40 thousand active cardholders in a few months after our online bank goes live in the Philippines”.

KTM Capital and Foster Stockbroking have managed the pre-IPO round for Robocash Group and would be on board again during the IPO at the end of the year.