FICO, a global analytics software firm, did a recent survey on identity proofing and digital banking which showed that identity theft is a tangible threat for people in the Philippines.

This survey was conducted in January 2021 by an independent research company. 1,000 Filipino adults were surveyed, along with 13,000 consumers in the USA, UK, Canada, South Africa, Australia, New Zealand, Indonesia, Malaysia, Vietnam, Thailand, Brazil, Colombia and Mexico.

6.5 percent of the respondents said that they know their identity has been stolen and used by a fraudster to open an account, while a further 5.4 percent believe it is likely to have happened.

The acknowledged level of risk from identity theft means there is a good understanding of why identity proofing is an integral part of the banking experience in the Philippines. 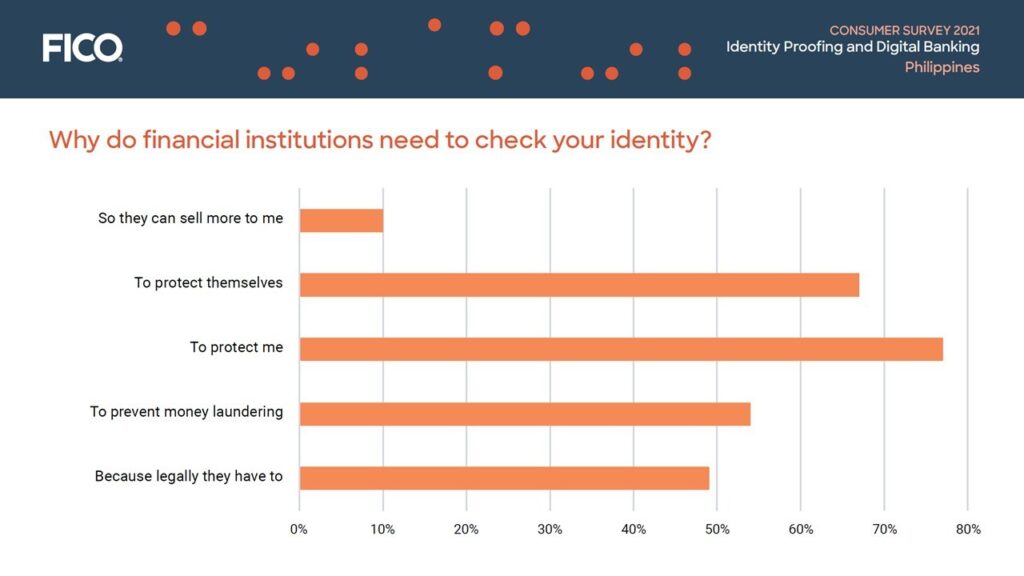 Consumer Survey Philippines: Why do financial institutions need to check your identity?

Understanding the need for ID proofing

Three-quarters (76 percent) of respondents recognized that identity proofing happens for their protection. Most people are not cynical about the reasons their identity is confirmed. While 49 percent recognize there is an element of regulation driving providers to carry out more checks, only 9.5 percent think this is done to enable financial institutions to sell more.

A majority (67 percent) of Filipino respondents did see identity proofing as a way for banks to protect themselves; the second highest number out of the 14 countries surveyed. While 54 percent regard it as a tool to prevent money laundering.

Most Filipinos are open to providing their bank with a biometric such as a facial scan, fingerprint, or voiceprint to secure their accounts. The survey revealed that once they understand why it’s necessary, 68 percent are happy to provide their biometrics. Only 6 percent say that banks should never capture biometrics, while just 11 percent are willing but unhappy to provide them. 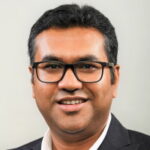 “In a lot of Asian countries, fingerprinting, identity cards and authentication apps have been commonplace for some time.

There is less concern around privacy and the survey shows there is broad acceptance of the benefits that biometrics deliver when it comes to securing bank accounts and stopping money laundering.”

Asia is all about smartphones and branches

In the Philippines, 41 percent of consumers prefer to open bank accounts digitally while a little over half prefer branches. However, over the last year, thanks to the pandemic, 61 percent of Filipinos are more likely to open an account digitally than a year ago; while those who attend branches often do so for social and technical reasons.

“The Philippines remains a cash and cheque society, with consumers visiting branches to make deposits and withdrawals using their passbook.

Poor internet connections and a strong belief that accessing a branch offers a more informed and secure account opening process explains why Filipinos turn up in person.”

As the landscape and preferences evolve, this presents an opportunity for banks who adopt multichannel strategies and can engender trust in digital channels.

Filipinos who open an account digitally, prefer to carry out the process entirely in their chosen channel whether it be smartphone or website.

If customers are asked to move out of channel to prove their identities, many of them will abandon the application, either giving up on opening an account completely (4 to 5%) or by going to a competitor (7 to 9%). Of those who don’t immediately abandon, up to an additional 32 percent will delay the process.

The survey found that any disruption matters. Asking people to scan and email documents or use a separate identity portal causes almost as much application abandonment as asking them to visit branches or mail in documents.