As the Philippines begins awarding its first digital banking licenses, incumbents are gearing up for a new era in banking, ramping up their digital capabilities to address market shifts and changing customer expectations.

During a virtual panel discussion with Fintech News, experts from Bangko Sentral ng Pilipinas (BSP), Union Bank of the Philippines (UnionBank), Bank of the Philippine Island (BPI) and Backbase discussed the imminent entrance of new digital-first players in the Filipino banking landscape, sharing insights on the latest developments and industry trends.

In March, BSP granted its first digital banking license to Overseas Filipino Bank (OFBank), a wholly-owned subsidiary of the Land Bank of the Philippines (Landbank).

With about 70% of the Philippines’ population still excluded from the traditional financial system, Chuchi G. Fonacier, Deputy Governor of the Financial Supervision Sector at BSP, hopes the new regulation will bring in new players and innovation that would reach the underserved segments. 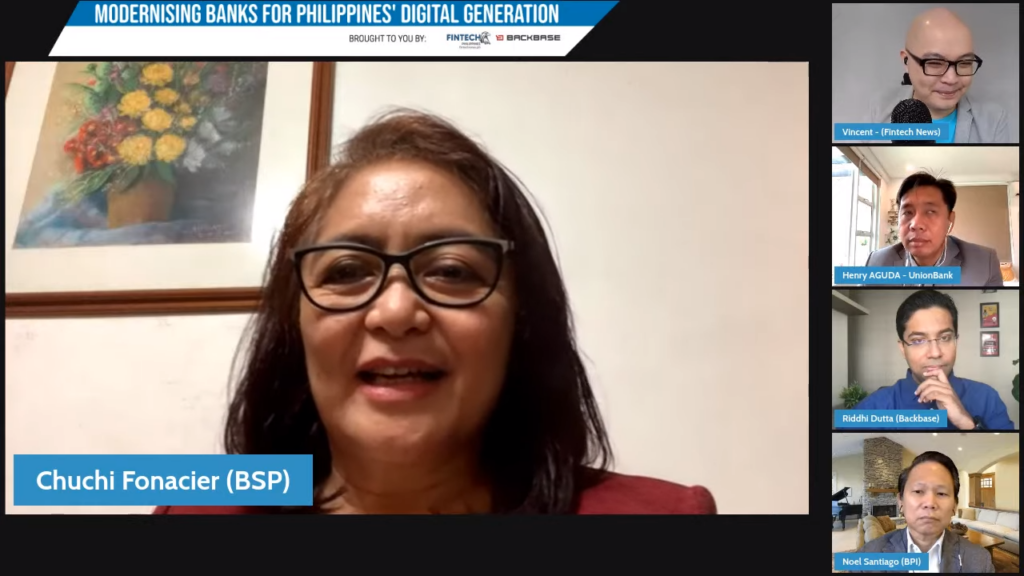 “Digital banks will complement the existing traditional banks [with] advantages for the unbanked and underbanked being electronic platforms, [remote] onboarding for clients in rural areas, etc,” Fonacier said. “That can be a game changer for digital banks, and a boost for financial inclusion in the Philippines.”

UnionBank is another local bank that has applied for a digital banking license but is still awaiting approval. 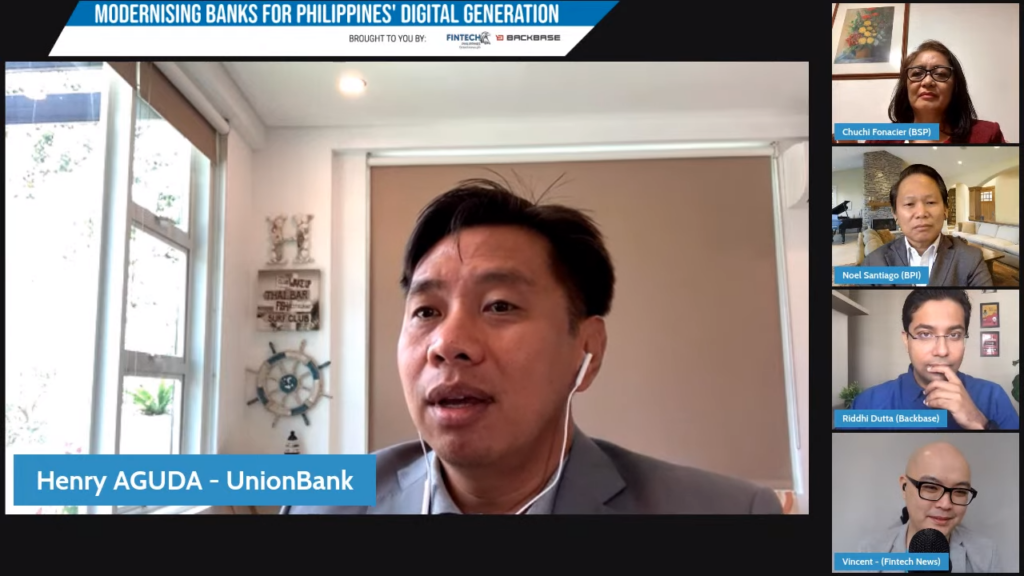 Henry Aguda, Senior Executive Vice President, Chief Technology and Operations Officer, Chief Transformation Officer of UnionBank, as well as Chairman of UBX Philippines, a subsidiary of the bank, said incumbents have a direct interest in securing a digital banking license to expand their reach.

“If you look at the banking business, it’s a huge conglomeration of financial services. If you look at retail and consumers, that can be best served by a digital bank platform. [On the other hand,] wealth management, trade finance, capital market, forex and real estate, for example, would be [best served by] the traditional bank,” Aguda said.

“Most of the incumbent banks should be applying for the digital banking license … They are the ones who would be able to maximise the advantage of having a digital bank … The ones that would have a disadvantage would be those that do not have an affiliation with a huge bank.”

UnionBank often praised for being amongst the most innovative banks in the Philippines, currently has most of its workforce working from home, Aguda said. For the frontliners working at branches, the bank is currently running a proof-of-concept project for a wearable device that monitors health metrics.

“The wearable would detect [branch workers’] temperature, their [blood oxygen] levels, even proximity,” he explained. “We have not launched that in all of our branches but we are experimenting with one [branch].”

Riddhi Dutta, Regional Head for ASEAN and South Asia at fintech software provider Backbase, said that banks in the Philippines and the broader region are increasingly recognising the need to rethink their business. They are no longer simply resorting to putting a nice interface on a mobile app, but rather adopting a more holistic approach to digital banking. 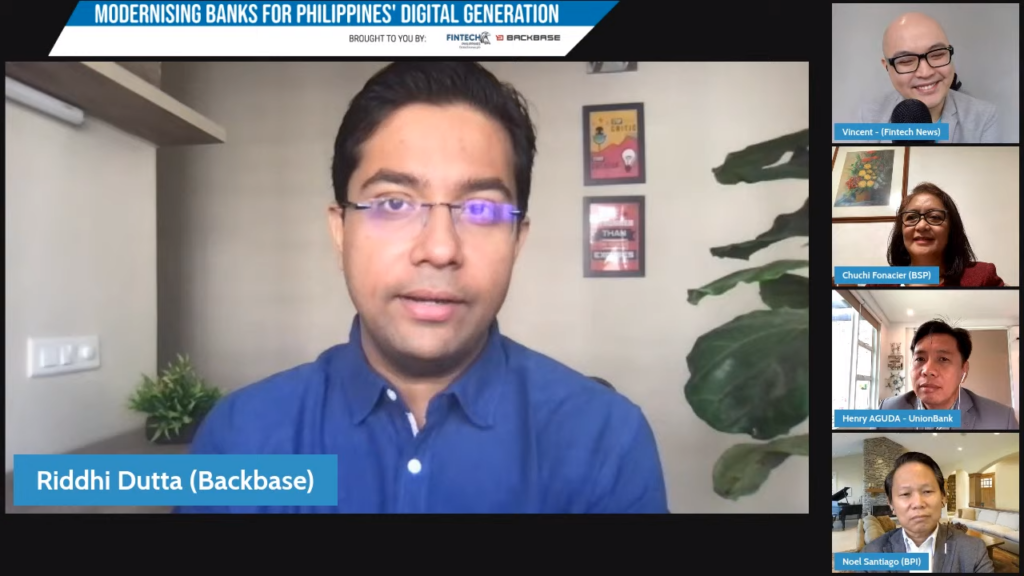 “Banks have also realised [the importance of] investing in platforms, which are going to orchestrate the overall journey, the engagement. [Banks are] looking at the customer journey in a holistic manner starting from prospecting to doing cross-selling and servicing, and not look at customer journeys as individual siloes. That is where I see more and more investments going towards, instead of putting a good UX on a mobile app.” 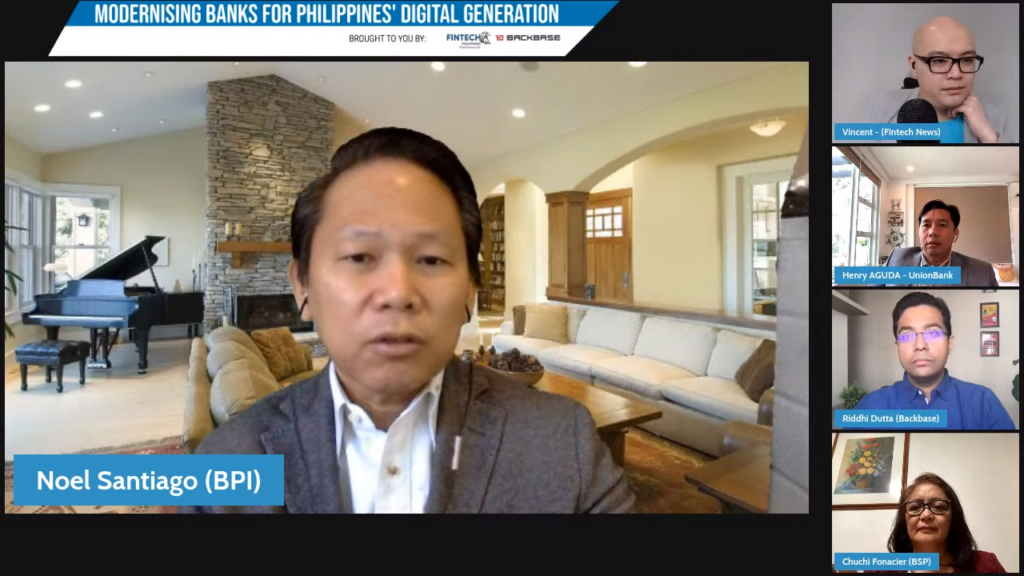 Noel Santiago, Chief Digital Officer of BPI, said his bank is still weighing in on whether to apply for a digital banking license. He noted that the bank already has BPI Direct BanKo, a wholly-owned subsidiary offering digital banking services. He described BPI Direct BanKo as “advanced and running on the latest technologies”. He added at they are always looking at new opportunities and will review if it’s suitable for the group.

In Noel’s view, open finance will go a long way in enabling financial inclusion, he shared both Henry and himself are collaborating to enable open banking in the Philippines. He envisions that open finance will flip the way finance is done.

“Imagine that I’m a customer, and I take my credit score and make every bank bid for my business instead of me applying. That’s the power of the information and it’s creating tremendous value to the consumer, that is something that I see will happen in the future,” added Noel.

BSP Will No Longer Be Accepting Digital Bank Applications