RCBC ATM Go Now Covers All 81 Provinces in the Philippines Through 1,400 Terminals

The Rizal Commercial Banking Corp’s (RCBC) community-based financial service ATM Go is now servicing all 81 provinces in the Philippines through over 1,400 ATM Go terminals and 1,000 partner merchants across the country.

As of end August this year, ATM Go recorded transactional volume in excess of P6.2 billion, growing 32% from last year, and a transaction count at over two million, also recording 43% growth from last year.

More than 60% of transactions recorded were from 4Ps Pantawid CCT beneficiaries receiving their social grants from the government.

RCBC has also facilitated the digital disbursements of over P20 billion in social grants to more than five million household beneficiaries benefitting about 30 million individuals. 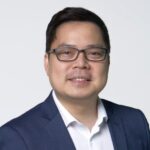 “Grassroots-based sachet banking has always been at the core of RCBC’s inclusive innovations. We are on track in doubling the number of our partner merchants and terminals deployed in the next couple of months,”

The Bangko Sentral ng Pilipinas (BSP) has set its twin outcomes under the Digital Payments Transformation Roadmap to convert at least half of retail financial transactions to digital and and at least 70% of Filipino adults to have transaction accounts by the end of 2023.

Based on latest BSP statistics, 56% of the adult Filipinos are now banked. This is a jump from 29% in 2019. Despite the leaps that Filipinos have made in digital finance, there are still 34.3 million Filipinos who are yet to be banked.