Philippines’ digital bank Tonik announced today the appointment of Manoj Varghese as its Chief People Officer to spearhead its growth and cultural integration.

During his run at Google, Manoj led the set up and expansion of the tech giant’s JAPAC headquarters in Singapore primarily hiring and onboarding the regional leadership team.

This enabled Google to further grow its engineering, sales, and operations teams not just in Singapore locally, but also across the Asia Pacific.

Similarly, Manoj also led and executed notable wins for Meta during his three-year stint at the tech giant—building and managing the community operations team, and working closely with global product, engineering, and policy team members to support over 1 billion Facebook users.

Over the past year, Tonik has rolled out deposit, payment, and card products as well as its first cash loan product.

Tonik has also raised US$131 million in a Series B equity funding round led by Japan’s Mizuho Bank in February this year.

The neobank is supervised by the Bangko Sentral ng Pilipinas (BSP) and deposits are insured by the Philippine Deposit Insurance Corporation (PDIC). 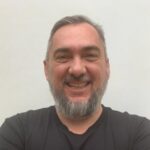 “As a veteran in leading cross-cultural teams in the JAPAC region and coupled with his extensive experience in the tech industry, Manoj brings invaluable expertise in further growing our workforce and footprint across our multiple hubs.

His mission includes working with our diverse teams as we ramp up and solidify our efforts in accelerating financial inclusion in the Philippines,” “As digital banking becomes a necessity now more than ever, it’s crucial for us to build a robust roster of leaders ready to serve the Filipino community.

With this commitment, I’m excited to support Tonik’s world-class management team in driving financial inclusion in the Philippines and several more emerging markets into greater heights,”