Tyme, a multi-country digital banking group headquartered in Singapore, announced its US$110 million Series B capital raise, bringing foreign investment into South Africa for TymeBank and laying the foundation for Tyme’s expansion across ASEAN starting with the Philippines.

The new investors in Tyme are Apis Growth Fund II, a private equity fund managed by Apis Partners, and the Gokongwei-led JG Summit Holdings of the Philippines.

Apis is a private equity asset manager that supports growth-stage financial services and financial infrastructure businesses. Meanwhile, the Gokongwei family owns and operates a conglomerate in the Philippines, JG Summit Holdings, through which they have invested in Tyme.

The investment, which will be primarily deployed to grow TymeBank in South Africa.

With the announcement of the new digital bank framework in the Philippines, JG Summit Holdings and Tyme will apply for a digital bank license from the Bangko Sentral ng Pilipinas to expand financial access to underbanked and under-served Filipinos.

Some aspects of the transaction remain subject to regulatory approvals.

In less than two years from its launch in February 2019, TymeBank has reportedly attracted 2.8 million customers to the platform and rated the number two bank in the country by customers. 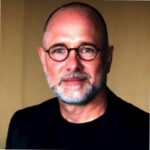 Both Apis and JG Summit have already proven their commitment to this cause. We can’t wait to work with them in South Africa, the Philippines and beyond.”