The Union Bank of the Philippines, which is part of a conglomerate led by Aboitiz Equity Ventures, is set to form the fourth digital-only bank in the country, according to a Philstar Global report.

The UnionBank’s digital banking application was approved by the Bangko Sentral ng Pilipinas (BSP), the central bank of the Philippines, on July 15, the bank revealed in a stock exchange disclosure today. The disclosure noted that UnionBank will form a virtual bank known as Union Digital Bank or UnionDigital as a wholly-owned subsidiary.

The BSP created a new bank category for virtual lenders in December last year. According to the BSP circular, digital banks are required to have a minimum capitalisation of P 1 billion (approximately US$20 million). The banks are also required to complete the transition within three years of receiving the digital banking license.

During the initial phase, the BSP had said that it will allow only five digital banks to operate in the country. This would allow regulators to assess the financial performance of digital banks and their impact on the banking ecosystem.

However, Governor Benjamin Diokno recently said that the limitation may be lifted based on demand and the results of the BSP’s assessment. According to the Philstar report, Diokno is hoping that digital banks can help the BSP in achieving its goal of shifting 50% of retail transactions online. Moreover, he also hopes that the rise of digital banks can push the banked population in the Philippines to include 70% of adults by 2023.

As per the Philstar report, more companies are eyeing the nascent digital banking industry in the Philippines. This includes the Philippine National Bank, Voyager Innovations, Rizal Commercial Banking Corp and the Gokongwei Group, the report noted. 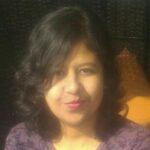 Monika Ghosh is a Senior Writer at Fintech News Network

Tonik Enables Real-Time Fund Transfers up to PHP 50,000 With InstaPay