In the Philippines, the banking community is undergoing a major transformation to its payment infrastructure, a movement triggered by the convergence of several key drivers including changing customer behaviors, new regulations and advances in technology.

During a recent webinar hosted by Finastra in partnership with Fintech News Singapore, top executives from Land Bank of the Philippines (Landbank), Security Bank Corporation, Tonik Bank and Finastra, discussed the transformation of the Filipino payments ecosystem and the different drivers that contributed to this change.

Ed Joson, Chief Product Officer, Tonik Bank, a digital bank in the country, said COVID-19 was undeniably a catalyst for digital financial services adoption as consumers were forced to turn to digital tools to transact and manage their finances. 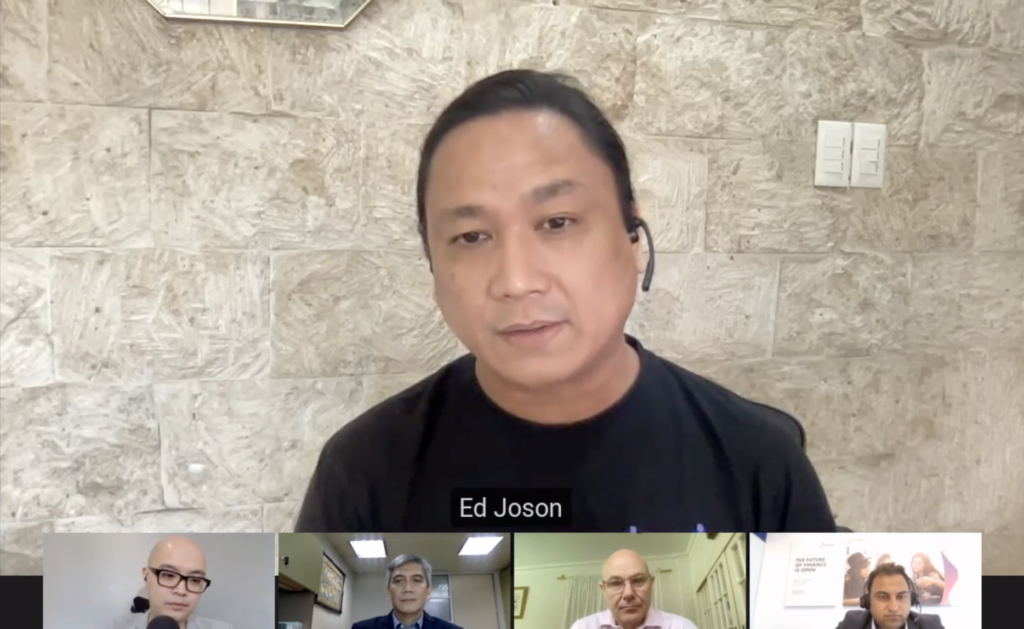 This trend is evidenced by the surge of digital payment transactions observed over the past few years, in addition to the rise of new transaction account creation. Randy Montesa, Senior Vice President, Landbank, said that while in 2017, only 23% of Filipino adults owned transaction accounts, that rate soared to 53% by Q1 2021. 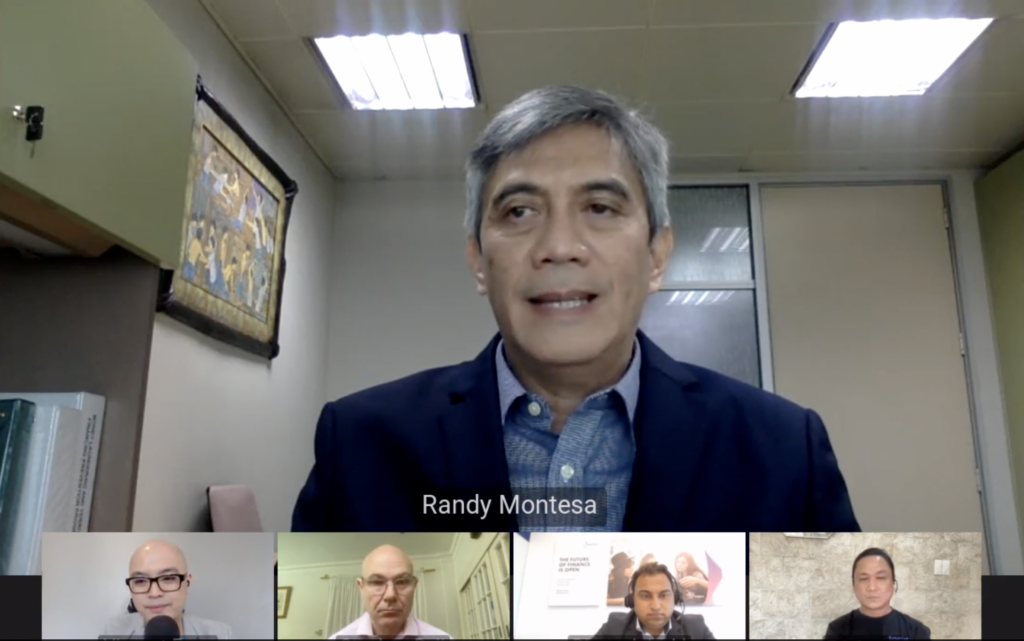 “More Filipinos own payment transaction accounts, and more are now included in the formal financial system,” Randy said, implying that the shift to digital channels forced upon consumers has helped improve financial access. 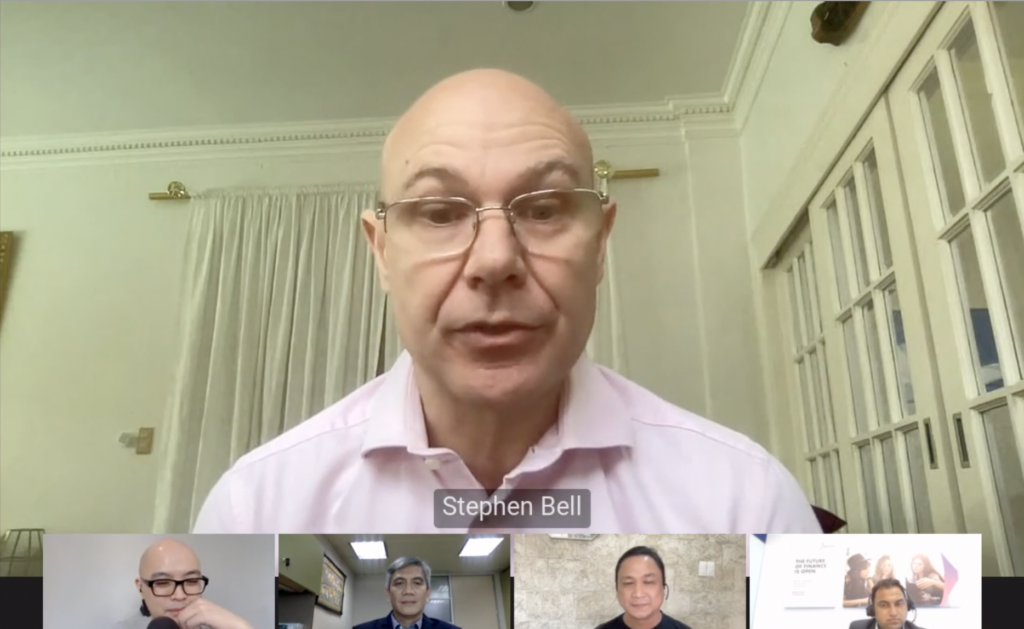 Stephen noted the “astonishing” growth paytech leaders like PayMaya and Grab, have recorded these past years. While previously, the payment industry was led by the traditional banking sector, it’s now moving towards a more diverse payment ecosystem with a larger spectrum of brands consumers can choose from.

Besides changing customer preferences and increased competition from tech-enabled new entrants, the government and regulators have also played a key role in modernizing the domestic payment ecosystem, the speakers said.

Bangko Sentral ng Pilipinas (BSP), the Philippines’ central bank, embarked a few years back on a massive payment transformation push. Outlined in the Digital Payments Transformation Roadmap 2020-2023, the national plan aims to encourage the shift to digital payments as part of a broader ambition to increase financial inclusion.

“There’s a huge push from the government and the BSP on digital transformation and technology is the key pillar in the all these transformations,” said Dheeraj Joshi, Regional Head of Payments, Global Solutions Consulting APAC, Finastra. 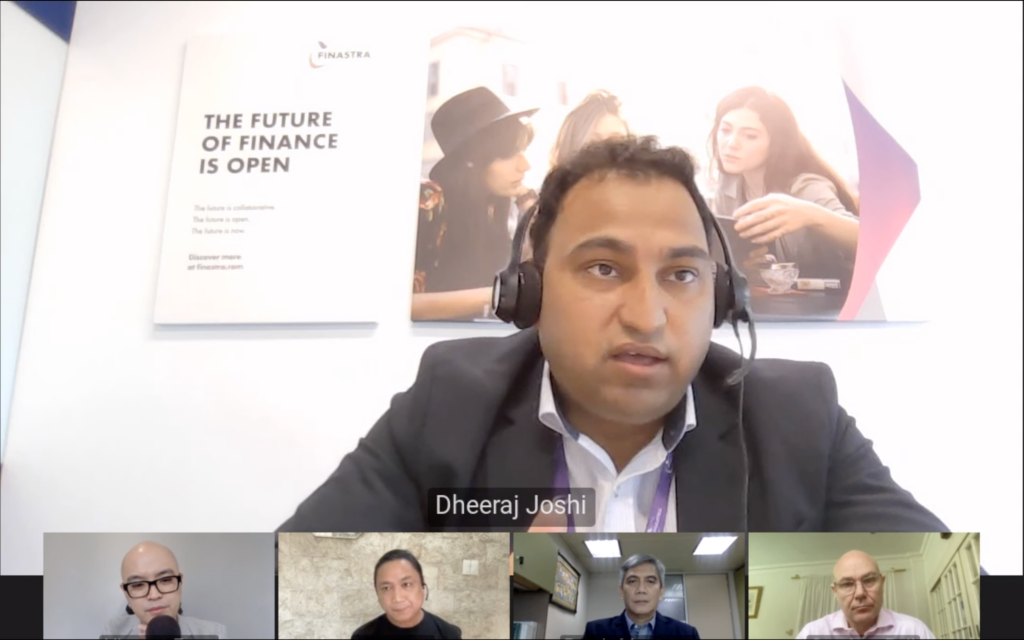 “From the payment infrastructure side, there was a lot of moments going on. PESONet was launched in 2015 as the first domestic ACH [automated clearing house] payment system and InstaPay went live in 2017 and was the first real-time domestic payment system. Their volumes have increased tremendously. Now new use cases are emerging as well.”

For Ed, the Philippine’s national identity (ID) scheme, PhilSys ID, will play a critical role in improving financial inclusion. A reliable ID is integral to providing and obtaining financial services because it is needed at various stages in an individual’s interaction with the formal financial sector.

“The innovation that needs to happen to us, especially to uplift payments and banking, is really identity,” Ed said.

“It unlocks more opportunities and services and [allows citizens] be part of the financial economy. Until that happens, we have a lot of work to do.”

In addition to these drivers, the adoption of the ISO 20022 financial messaging standard is rapidly approaching a tipping point. Banks now face firm compliance deadlines, putting new urgency to both migration plans and modernization initiatives.

“Banks are struggling to adopt all these migrations … Banks’ legacy systems are not designed to support ISO 20022.”

Widely recognized as the standard for the future, ISO 20022 has already been introduced for high value payment systems in Japan, Switzerland and China, and is established as the de facto standard in instant payments in markets including Australia, US, Canada and Singapore.

Migration to the new standard will be complex, the speakers said, but it will ultimately unlock exciting benefits including increased automation, cost efficiencies, enhanced market integration, and real-time services.

“It’s not just a data migration project, it’s an altogether business migration from the data which we have received, and the data we’ll receive once we have full ISO 20022-based schemes,” Dheeraj said.

Legacy systems as the main barrier of modernization initiatives

Most banks have realized the need to upgrade their payment infrastructures, but this journey oftentimes involves modernizing their entire core banking systems.

“Banks are a bit struggling because of the legacy solutions and we are seeing a lot of trends where banks are moving to the consolidation of payment schemes, explore how they can collaborate with fintechs, start new use cases and build some innovations around it,” Dheeraj said.

“When banks use the legacy solutions, the costs of operation, liquidity, compliance, is quite high … Banks have to upgrade their systems, … so they can leverage technologies such as open APIs.”

Stephen, which has been driving Security Bank Corporation’s payment modernization initiatives since he joined the firm back in August 2021, said the transformation journey began with a clear strategic review of how the bank presently manages payments as an organization, and determine where it wants to be in the next three to five years.

“We really had to do a strategic review of where we are and what is to change, and uplift all of our architecture and infrastructure to support the technology advancements and the customer growth,” Stephen explained.

“[Because in the long run,] it’s going to be difficult to grow your volume if you’re still going to use that old legacy platform that you can’t configure that takes months to upgrade.

“That strategic review means that we may be less nimble for six to nine months, but once we’ve put the bones to that infrastructure in, that will allow the bank to really make the leap. It’s really exciting for us. We’re in a massive change, we are looking forwards to taking our customers on that journey with us.”

At Landbank, Randy said the bank has realized and accepted that fundamental changes was needed, and launched last year on its digital transformation roadmap.

“There’s a realization, especially, as we are also running the first digital bank in the Philippines, OFBank, where we are focusing on servicing the needs of the overseas Filipinos,” Randy said

“We’ve seen that we cannot really support effectively the requirements of OFBank if it continues to run on the legacy systems.”

ASEAN Fintech Group Expands Into the Philippines With Acquisition of Jazzypay

Why Risk-Averse Southeast Asian Banks Should Embrace a ‘Multicore’ Approach