GOtyme is expected to launch in the second quarter of 2022 and will be led by Jojo Malolos along with Nate Clarke, one of Tyme’s founding team members.

The newest digital banking player will reportedly provide secure and easy onboarding through both an app and digital kiosks conveniently located throughout the mall and retail footprint of the Gokongwei group.

Earlier this year in February, Tyme had closed a US$110 million Series B funding round participated by Gokongwei Group to pave the way for its digital bank expansion across ASEAN starting with the Philippines.

BSP had approved its digital banking framework in November 2020 and has since granted four other licenses to date.

The central bank had also recently issued a stern warning against entities misrepresenting themselves as digital banks in their marketing activities to put a stop to it.

Additionally, PayMaya, the fintech arm of the digital and financial services firm Voyager Innovations, as well as the Rizal Commercial Banking Corporation (RCBC) have also announced their intentions of securing a license. 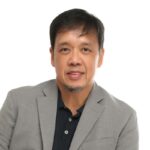 “GOtyme will leverage the Gokongwei Group’s extensive eco-system that is highly integrated into the daily lives of Filipinos — where they already shop, eat and spend family time.

This distribution strategy will assist in the democratization of financial services, addressing the needs of all Filipinos regardless of age, income, or geography.”

“In South Africa, 3 million of our 3. 5 million customers joined TymeBank through our digital kiosks deployed in retail environments.

We believe the combination of this technology and the Gokongwei Group’s nationwide retail footprint provides GOtyme a clear path to rapid growth,”

How Philippines’ UnionBank is Reinventing Themselves for a Digital World