Philippines: Web3 Is Where the Future’s at for Filipinos

Instead of going outside the country, they work in the metaverse without having to leave their homes. That’s where the Philippines is heading with Web3, the next internet revolution.

One does not have to, for example, reach a certain quota before you receive a trickle-down from all the advertisement revenues which go to the companies such as YouTube or Instagram.

In Web3, users can own a piece of the internet through things like blockchains, cryptocurrencies and NFTs (non-fungible tokens). The revenues can go straight into your pocket. It is not about just creating content; it is now about creating an economy.

Philippines, known as the blockchain capital

The Philippines is known to be the blockchain capital of the world. While it comes second to Vietnam, the home of the top-grossing play-to-earn (P2E) game, Axie Infinity initially made a huge impact in the country, and players made up 40 percent of the game’s user base.

Amidst the local and global shutdown pandemic, Filipinos showed the world how they make money by playing Axie Infinity on their mobile phones.

Their gaming community also refreshed the concept of guilds. Traditionally it was just about gathering people to team up and play together to clear a quest.

Now, it has evolved to be a kind of investment relationship which can generate income. Those with the capital but need more time to play, partner up with those who can play but can’t afford the NFTs used in the game. They come together in a profit-sharing arrangement.

As with other investments, it is better to understand the risks and choose reputable guilds which match one’s goals and intentions.

The downside of making Web3 income?

But there are drawbacks too. The market capitalisation of Axie Infinity has dropped below P56.66 billion (US$1 billion) since October 10 and a further 20 percent on October 24.

This could be read due to how inherently tied Web3 revenue-generating projects are present to the market evaluations of cryptocurrencies.

As the cryptocurrency market bottomed out in 2021, the early potential demonstrated by Axie to generate billions in virtual currency was overshadowed by major gaming entities trying to cash in on NFTs and the company’s P2E model, including Ubisoft, Sega, and Square Enix — but turned off by the significant market downturn, most are now backtracking or significantly pulling back their blockchain collectible item projects.

Axie’s potential as a viable Web3 economic model was significantly hampered by how closely its in-game currencies, Smooth Love Potion (SLP) tokens and Axie Infinity Shards (AXS), were tied to the fortunes of the crashing crypto space. Consequently, the game’s characters, Axie’s, which were the NFTs being traded, lost their value and are derided by crypto skeptics as proof that early adopters were trying to sell a pipe dream to investors.

Axie’s parent company Sky Mavis Inc. also did not do itself any favours when, in apparent moves to stave off further value losses, the company rolled out updates that prevented low-level players from earning SLP tokens — further alienating a beleaguered user base.

The company also planned to unlock around P10459 million (US$185 million) worth of higher-valued AXS, potentially flooding the market and pushing the price even further down. Such tenuous connections with the crypto sphere were among the reasons Sky Mavis launched Axie: Origin, an upgraded version of the game that removed the complications of the crypto economy.

Identifying the gap and addressing it

Many low-income players would originate from the Philippines, and their earnings could be easily impacted by Axie’s shifting fortunes. But the early adopter game did serve a purpose: to onboard new users to a nascent digital economy, one that Filipino startups are now pursuing themselves to keep MFWs going.

Quezon-based Yield Guild Games (YGG) was founded in 2020 when it was the first to identify the gap and set up the guild to address it. The DAO (decentralized autonomous organization) now has a P14184 million (US$250 million) market capitalisation, and gaming guilds have spawned over 10,000 worldwide. YGG has subDAOs in other regions, such as Brazil, India, Japan, and Latin America, with their partnership model and token. While Axie Infinity has faced its share of concerns, the game is still thriving enough to warrant growing interest. The total number of unique addresses holding AXS on the network continues to grow, at least as of October 2022. At the AxieCon 2022 in September, Wei Zhou, CEO of Coins.ph, one of the leading digital wallet providers and exchange platforms in the Philippines, gave his insights on how Filipinos have considerable potential in Web3. 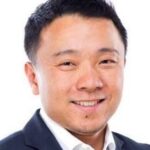 “Axie is really good proof of concept of how you can actually have creators in the metaverse. I think you’re going to see world-class content creators in the metaverse coming out of the Philippines. Axie’s unexpected levels of popularity in the Philippines and the ability of Filipino fans to create large volumes of Axie-related content both illustrate that the Southeast Asian country has a huge opportunity to be a global leader in Web3,” Zhou said.

“The Philippines’ population of more than 100 million people and the status of English as an official language in the country are both key factors in the market’s Web3 leadership. The language of Web3 is going to be English, and that just puts the Philippines at a massive advantage compared to the rest of Asia,” he added. Coins.ph, regulated by the country’s central bank, Bangko Sentral ng Pilipinas (BSP), raised US$30 million in May to expand its Web3 ecosystem and presence throughout ASEAN.

Meanwhile, Globe is the first telco and digital solutions platform to bring Filipinos to the metaverse. The company also launched NFTs in partnership with Web3 mobile platform MetaverseGo, its first-in-market product, and rewarded loyal subscribers with cryptocurrency in partnership with Coins.ph. 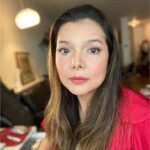 “We believe that innovation is meaningful if it can uplift the lives of Filipinos. We see the metaverse as an opportunity for Filipinos to take part in a vibrant digital economy so they can have greater control over their lives. They can live, play and earn without boundaries through the metaverse,” said Pia Gonzalez-Colby, Globe Chief Marketing Officer.

On 17th Nov 2022, start-up accelerator Archipelago Labs (A-Labs) launched a P567.38 million (US$10 million) fund to invest in Web3 and crypto start-ups and talents based in the Philippines.

It will run an eight-week cohort-based accelerator program, the Archipelago Labs Accelerator Block (ALAB), for the first-time next year. In August, e-sports and Web3 company Ampverse entered the Filipino market and is investing 100 million pesos (over US$1.7 million) in bolstering e-sports, talent, commerce, and Web3 in the country.

Those are just some of the investments and increasing support pouring in and setting up the country as a trendsetter in the new internet instead of a follower. This promises a future of work where Filipinos can earn and thrive by staying put. 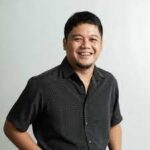 “We can see a future where your opportunities are not bound to where you live. A lot of our countrymen would leave to move to Manila for a higher paying job, and that leads to congestion of the city,” said YGG co-founder Gabby Dizon at the first Philippine Web3 festival earlier this month. “You can still be at home wherever home is and have access to the same earning opportunities – not just in Metro Manila but in major cities around the world.”

It’s time to update your lexicon cause the Metaverse Filipino Workers are on the rise. 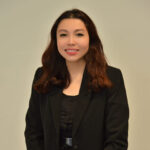