Members of the FinTech Alliance.ph have agreed to adopt a code of conduct for responsible online lending. This was after 48 online lenders have been cited for alleged unethical collection practices leading to data privacy violation. Over 400 harassment complaints from customers were reported to the National Privacy Commission.

According to reports, operators of online lending applications that allegedly misused the borrower’s information, including the disclosure of unpaid balances to other people. Both the NPC and the Securities and Exchange Commission are investigating the matter. 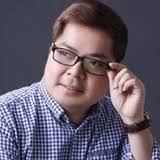 “The public may have the wrong sweeping generalization that all online lenders are evil. The Code of Conduct promotes transparency and would protect the customers from any possible malpractices and other unethical actions by any fintech player,” said Lito Villanueva, chairman of FinTech Allliance.ph.

“We reiterate our solid adherence to and compliance with existing laws and regulations especially on consumer protection, security, and data privacy,” Villanueva stressed. Under the draft Code, fintech players are prohibited from manipulating customer data with the objective of disbursing more loans. The practice of intimidation will be strongly prohibited.

He added that this initiative would protect the good actors or players in the industry and to prevent those who would take advantage of the customers.

Alliance members who provide online lending will be required to fully disclose all costs for customers, including interest rates, processing fees, and fines for late payment. “Hidden fees should already be a thing of the past,” Villanueva said.

In Jakarta, Indonesia, a taxi driver named Zulfadli, 35, committed suicide in February 2019. He had reportedly left a note explaining that he could no longer face the piling debt from online lending platforms and the incessant intimidation from the lenders.

Fintech players are also required to mention addresses, emails and telephone numbers so that customers are able to lodge complaints. The code of conduct also aimed at preventing excessive disbursements of loans to customers that could trap them in bad debt, he said.

The FinTech Alliance is comprised of over a third of registered fintech companies in the Philippines cornering over 85 percent of fintech-initiatives transaction volume in the country today.

Villanueva is also the president of the BSP Governor Nestor Espenilla Jr Institute for Growth for National Inclusion, Transformation and Empowerment (IGNITE). He is also the Chief Digital Transformation Advisor for the Yuchencgo Group of Companies and concurrently as Executive Vice President and Chief Innovation and Inclusion Officer for RCBC.

Digitalization in Asia: Evolve or Extinct