A Bangko Sentral ng Pilipinas (BSP) official has raised the need to check on whether financial technology (fintech) firms can indeed boost financial inclusion in the Philippines, citing the large number of Filipinos who remain unbanked.

Roman-Tayag said people can now easily hail a cab, order food and deposit checks, among others, using their smart phones. 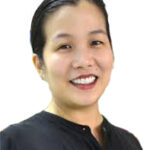 She, however, noted that while these digital solutions are helping people in their everyday lives, there is a need to

“look past the hype and constantly discern whether these fintechs have the real potential to solve financial inclusion problems and the real pain points that lead to inclusion.”

Roman-Tayag cited that while Filipinos are known worldwide for their usage of smart phones, more than two-third of adult Filipinos is still not part of the formal financial system.

“More Filipinos may now have mobile phones but that doesn’t mean they have access to affordable, safe, and convenient financial services in their pockets. They remain financially excluded, missing out on welfare-enhancing benefits of these products and services,”

ING Philippines N.V. Country Head Hans Sicat, during the same event, said there is a need to support fintechs vis-à-vis their ability to allow their ideas to be discussed and be part of the ecosystem. 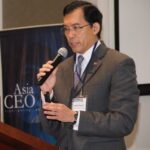 In terms of government policies, he said, “less regulation is better” for now to allow the fintechs to freely present their concepts first but these firms should also be “mindful and sensitive” to the issues.

“I don’t know much about the direction of regulation right now but I would say that in respect of fintechs, I think, you would rather not regulate ideas as they come out right now. And I think a free market of ideas is the best way to get the young entrepreneurs and young ideas brought up into the fore,”