The Philippines’ fintech ecosystem is brimming with innovation with a vibrant mix of entrepreneurs attempting to fill in the gap within the financial system. Despite the strides that the country has made in this space, the Philippines’ narrative has often been overlooked by international media when examining financial innovations within South East Asia.

The Fintech News Network prides itself in delivering timely and highly relevant stories about local champions, since 2014. Through sites like Fintech News Singapore, Fintech News Hong Kong and Fintech News Malaysia, we have helped local entrepreneurs to get their voices heard and important stories told.

We have been covering important stories from the Philippines on our Singapore site for many years now, but it is high time that we launched a dedicated site focused on the local landscape.

With this in mind, we are proud to partner with the Fintech Alliance.PH who shares a similar vision with us to launch the Fintech News Philippines website and alongside it a comprehensive Fintech Philippines Report 2020.

With the Fintech Philippines Report 2020, we hope to finally put the well-deserved spotlight on the country’s developments and to serve as a handy guide for anyone seeking to better understand the fintech landscape in the Philippines.

Fintech Philippines Report 2020: The digital payments boom in the Philippines

2019 saw a boom for the Philippines’ digital payments space, where e-money transactions jumped to 36% to reach PHP 760 billion in value, the strongest rise across all payments transaction types.

This shows a shift in the way Filipinos transact, given that this data is from pre-COVID-19, it is likely that by the end of 2020, the compiled data will reflect an even more substantial spike in the growth of e-money transactions. 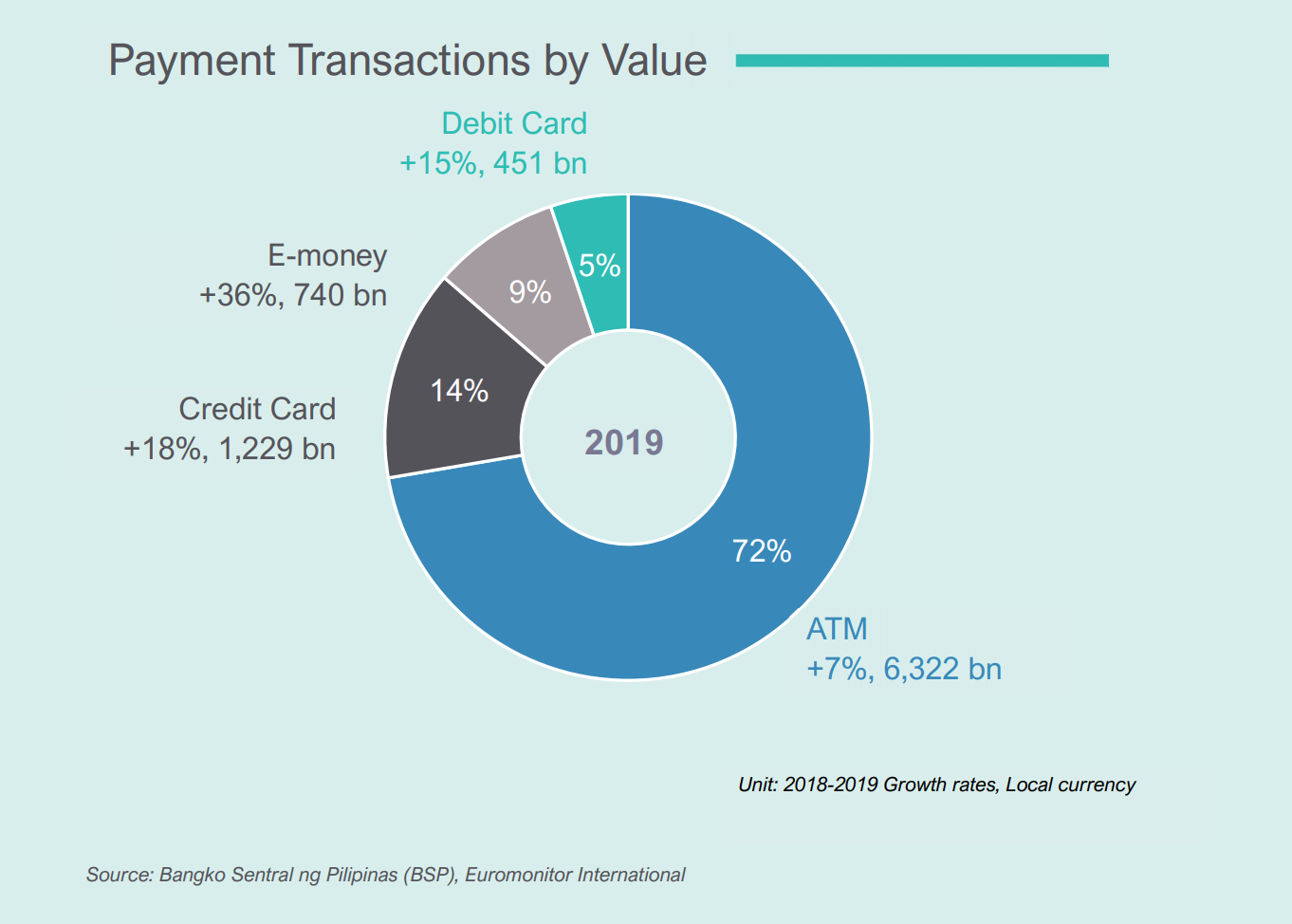 COVID-19, a catalyst for fintech innovation

With the COVID-19 pandemic forcing the government to put the country under an Enhanced Community Quarantine (ECQ), the restriction of movement catalysed the usage of digital services. Banks and various digital financial services players all reported a massive spike in downloads of their mobile apps.

GCash, the mobile wallet arm of Globe Telecom and the Philippines’ leading mobile wallet and banking app, said in a statement in June that it saw transaction volume soaring by 700% year-on-year in May, with registration volume more than tripling during the first month of the ECQ.

Similarly, PayMaya, a subsidiary of Voyager Innovation and another popular digital payments platform, said in May that user registrations doubled during the pandemic as more people turned to online transactions.

COVID-19 was also the trigger for many exciting fintech developments coming from incumbents.

UBX, the fintech arm of UnionBank, developed and deployed a mobile-enabled ATM solution earlier this year, allowing rural banks and financial cooperatives across the Philippines to pay-out a wide range of government subsidies directly to beneficiaries in the underserved countryside.

Most notably, Rizal Commercial Banking Corporation (RCBC) launched its “Taglish Superapp” in July targeting unbanked Filipinos and has quickly risen in number of downloads. In less than two months, RCBC’s DiskarTech saw more than 2 million downloads and topped the charts in August, beating out GCash who had consistently maintained leadership in the past.

On the regulatory front, a significant milestone was reached last year with the signing of the Innovative Startup Act, bringing with it a number of favorable measures for startups including tax breaks and the removal of registration barriers. This was followed shortly after by the filling of a new bill to regulate virtual banks, an initiative aimed at setting up the foundation for a new era in digital banking. Regulators are aiming for the proposal to be enacted later this year.

Meanwhile, Bangko Sentral ng Pilipinas (BSP), the country’s central bank, approved a policy requiring the adoption of a National Quick Response (QR) Code Standard for payments, ensuring interoperability “not only on domestic but also on a wider regional or global scope,” the regulator said in October.

Fintech startups in the Philippines

The Philippines is currently home to more than 190 fintech companies, with lending (24%), payments (21%), digital wallets (12%), and remittances (12%) being the four most predominant verticals.

With only 29% of adults in the Philippines having bank accounts, it is unsurprising to see a large number of startups within the lending space attempting to tackle this issue. 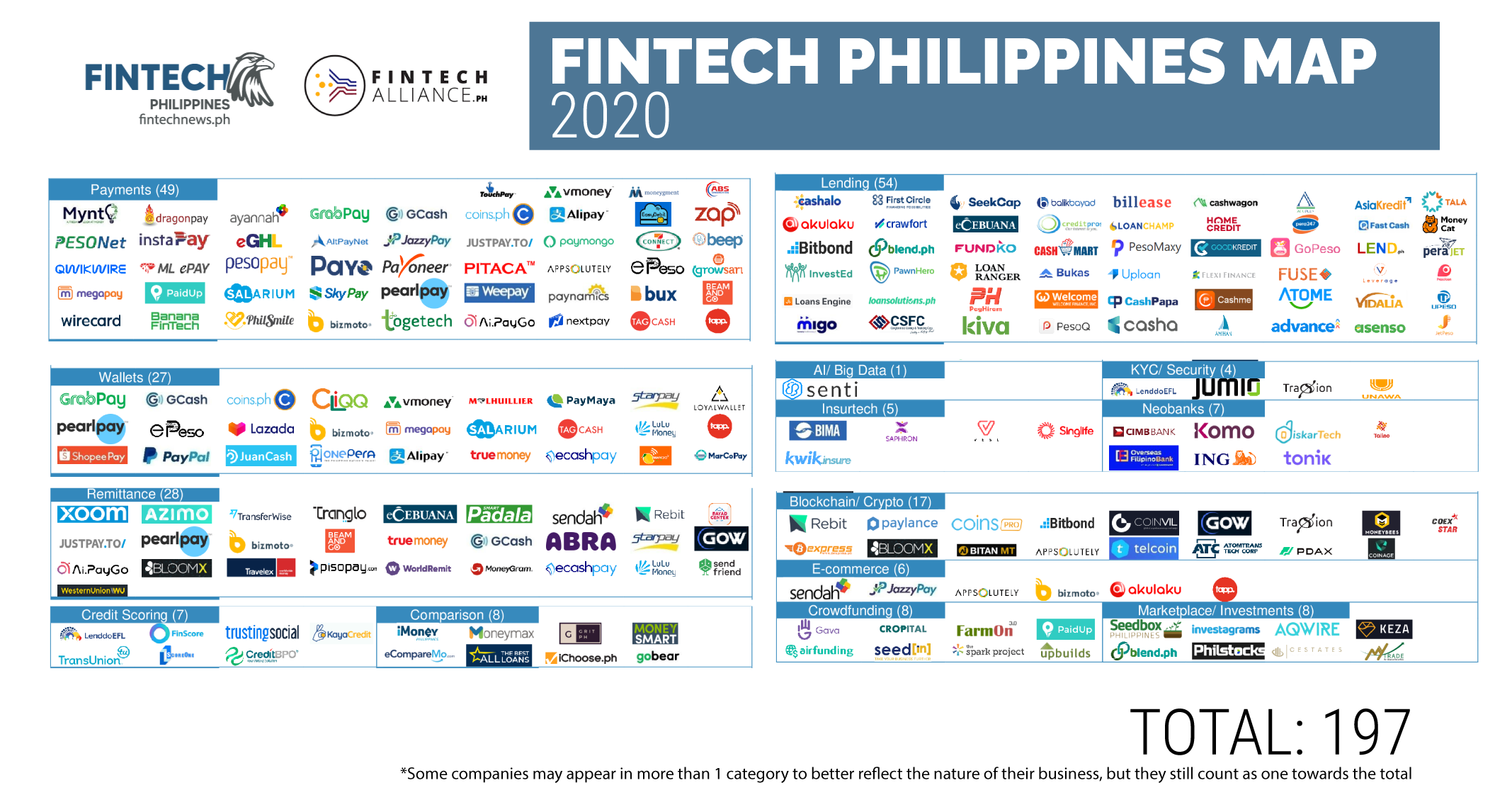 If you wish to learn more about the fintech ecosystem in the Philippines, the full report can be downloaded here 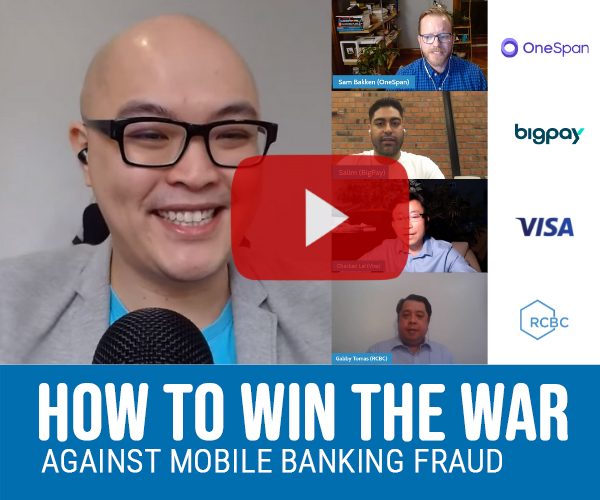