Peppermint Innovation, an Australian fintech listed on the ASX, announced that its subsidiary has secured an Electronic Money Issuer (EMI) license from the Bangko Sentral ng Pilipinas (BSP).

bizmoto has integrated with fund transfers services such as InstaPay, PESONet and with non-banking institutions for cash-in and cash-out services.

The company said that it will soon start work on a pilot programme with a local community to facilitate financial inclusion by encouraging members to become bizmoto users so they can immediately access digital payments as an alternative to cash transactions.

BSP had previously announced in November 2021 that it will be imposing a two-year ban on issuing any further non-bank or bank-owned EMIs to ensure the digital payments sector remains robust. 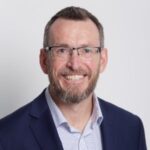 “The issuance of an EMI licence to PBI will, ultimately, deliver significant value to the company and the communities we operate in.

We’re excited to share the BSP’s vision that 50% of all retail transactions that occur throughout the Philippines are digital by 2023, and that 70% of Filipino adults have formal accounts by 2023,” 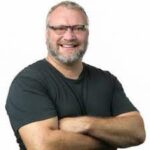 “We have now secured our keystone for the licensing strategy in the Philippines, on top of our previous Finance License enabling lending to micro entrepreneurs, we can now supply cash in, cash out to an open wallet and deliver micro lending to mass consumers.

Basically, we cover most of the features that a bank has at a fraction of the operating cost, enabling us to scale at a greater rate, that can only be good for our end clients and partners.”