TONIK Raises US$6 Million, Eyeing to Launch Digital Bank in Philippines by 2020

TONIK announced today that it closed a US$ 6 Million round of equity funding led by regional VC investors Insignia Ventures Partners and Credence partners. The funds raised will be used to launch its digital bank in the Philippines, targetting the start of commercial operations in 2020.

Interestingly, one of its lead investors, Insignia Ventures Partners is also participating in a Razer-led bid for Singapore’s digital banking license.

While TONIK drums up its status as the first digital bank in South East Asia, it is important to note that the Philippines does not have a separate digital banking framework like Singapore, instead it is a rural banking license that permits licensees to operate a digital bank. So far three other entities have pursued the same route, namely ING, CIMB and local bank RCBC which secured their license as recent as last month.

There were also several bank-owned digital-only banks launched in South East Asia that are already operational prior to TONIK, which includes the likes of UOB’s TMRW in Thailand, CIMB’s digital banking arm in Philippines, DBS’ Digibank in Indonesia, and TIMO Bank in Vietnam which started operating as early as 2016

Which is contrary to the reports by multiple media outlets that TONIK is the first digital bank in South East Asia. 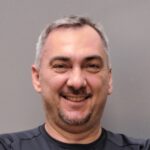 Commenting on the round, Greg Krasnov, Founder & CEO of TONIK, said:

“We are honored to have secured the backing of such prominent regional investors as Insignia and Credence.  Over 70% of the adult population in the Philippines remains unbanked, and market research indicates that over 50% of existing bank clients would be keen to switch their deposits to a pure-play digital contender.  We look forward to working with our new investors to improve financial inclusion in the country.” 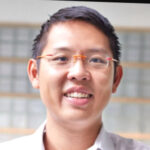 “We are delighted to partner with the TONIK team led by Greg.  Consumers in emerging markets deserve the ease and convenience of offerings like Amazon, and they expect the same from their bank. Building a modern bank from front to back is an incredible challenge, and we haven’t met a better team to take it on!”

CIMB Philippines Doubles Customer Base to Over 3 Million